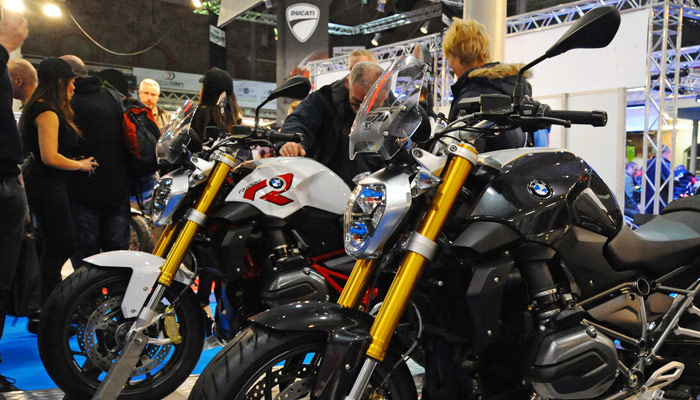 There will always be an interest in new bikes, it’s time to work with the public when introducing them.

And there was I thinking that my next blog would not be about bikes!

Anyway, a rather minor affair in the biking world has me reaching for the keyboard with the  fingers all a tapping and the angst today is centred upon the role of the spy shot in new bike development and although it centres around Royal Enfield the comments apply equally across the range of brands available to us.

In the latest issue of Motorcycle News there appeared a series of photos of the latest Royal Enfield undergoing a road test in Spain. Despite MCN claiming them as exclusive these same photos also appeared on the web and all was presented as breaking news that would come to the biking community as some great shock and weren’t the publications concerned jolly clever sort of chaps to bring you the story! So far so good, the only fly in the ointment being that Royal Enfield themselves have long trailed their intention of producing a twin cylinder machine, in fact they were talking about it four years ago and the Indian biking press has been following progress keenly with more ‘spy’ shots of the the 750 engine squeezed into the 500cc frame being published in April 2015.

Given that the world and his dog knows all about the  new bike it is somewhat amusing to note that the company does not seem happy with the latest turn of events, which is understandable in a way, we all like to be in control after all, but when there is so much public interest in a product they can hardly be surprised that the very same world and his dog want to learn more of what they are are cooking up for us next. From a marketing point of view spy shots are a double edged sword, yes, they give the competition an inkling of what is going on but they also whet the appetite of the buying public and keep the marque in the spotlight. Unfortunately it seems that the former is of more importance than the latter to most companies who don’t believe the children in the playground can be entrusted with their secrets although they are only secrets because the company concerned chooses to pretend that they are.

This is a somewhat patronising view for there are many bikers who have evolved beyond dragging their knuckles along the tarmac and appreciate that a prototype is a prototype and will be changed before it is ready for sale or even withdrawn altogether. If a competitor is interested in what’s going on in Royal Enfield’s/Ducati’s/Triumph’s/Honda’s etc  factory or design office then I’m sure they have other ways of finding out in great detail rather than waiting for smudgy spy shots to be printed in the press. From outside of the company loop it all looks rather childish and can actually leave a negative impression, it is as if we are being talked down to rather than invited to share in the the new machine’s progress which is hardly the way to build an appreciative following, it certainly won’t help boost sales of the associated merchandise which is where the real money is made more often than not!

So what’s the answer? Simply cursing the photographer concerned is not going to solve anything, he’s probably got a family to feed just as everybody else has and in a world where our every move is followed by CCTV or our life is tracked on a myriad of databases it’s somewhat strange that companies feel they have a right to privacy when out beyond their factory gate. Indeed, Royal Enfield themselves state the following on their website –

Sauce for the goose and all that.

The old model of companies trying to test their products on secret proving grounds or heavily disguised on public roads and hoping that nobody will notice is now defunct and they need to apply some of the imagination to the process of introducing new models which they do to the design of the bike itself. The first question they may wish to ask themselves is how to capitalise  on the interest shown in their machines during the development phase rather than just shunning the cameras altogether because that approach obviously does not work and cannot work with most people carrying a camera around with them nowadays. This will of course cause internal conflict between the engineers and the salesmen but it is in both sides interest to sort out a compromise so that us bikers are no longer feel as if we are being treated like kiddies waiting for the sweet shop to open, that just doesn’t invoke any sort of empathy at all!