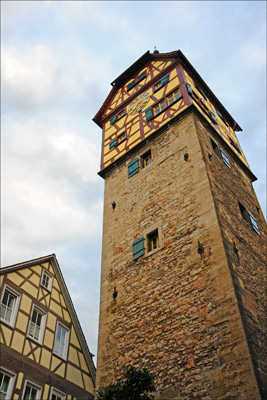 A couple of years ago I spent a few days in Germany upon which short time, and after a great deal more research, I based a book charting its progress from a rather nondescript region in the north east of the present country (then called Prussia)  to the leading nation of a Europe that is a great deal larger than any continental Empire has been in the past. Throughout the process of writing the book I could never quite decide whether this was intentional or just a pragmatic approach to taking advantage of situations as they presented themselves. Certainly there were wars, battles and invasions over the centuries which every major country and empire indulged in, but there was also the diplomacy and alliances that cemented gains and limited losses and all was played out in the castles and courts of the kings and nobles, way above the heads of the uninformed cannon fodder and farmers that made up the greater part of the population. The greatest lesson of all though was that it is quite meaningless, and even counterproductive, to see the role of Germany within Europe solely through the prism of two world wars as so many in Britain, and to a certain extent in Ireland, still do.

Recently, I had the only too brief pleasure of visiting the country again, this time as a guest of CDE Global, the epitome of that cluster of Co Tyrone engineering companies who are always  both energetic and forward looking. They had recently installed a recycling plant near Stuttgart that takes in lorry loads of dirty rubble from which it extracts piles of gleaming aggregates and clay, all ready to be used again in new construction projects. I came away really quite impressed with what was being achieved and even though this is by no means the first plant of the type that the company has installed (they have a good number in the UK already) it is the most advanced and, they claim, at least ten years ahead of anything that Germany itself has operating at the moment. So what is that country doing about it? They are installing the plant at Stuttgart as part of an EU wide project to transfer environmentally beneficial technology between member states and encouraging everyone to come and look at it. There is no sense of offended pride or envy, no haughty insistence that somehow they could do better and they are certainly not dismissing it because it’s not German despite their own engineering prowess. It’s that pragmatism I spoke of earlier, they recognise the benefit of a new machine and just get on with using it.

This attitude is also making itself evident in the slightly different sphere of motorcycling where BMW have recently reinvented their top of the range sports bike, the S1000RR. It is, by many accounts, a thorough redesign of the older model offering more power and less weight in a bike that was already class leading in these features. Likewise Ducati, now owned by Audi, brought a brand new bike to the market this autumn in the form of a retro scrambler. The engine is borrowed from another model but the rest is all new and up to date with the latest suspension and electronic developments incorporated into the machine. Both companies have taken the plunge and invested heavily in producing modern machinery that will no doubt sell well. Meanwhile, almost in a parody of the the 1950’s, the only mass production British bike brand, Triumph, have added some fancy paintwork and decals to its Bonneville range for 2015, a machine that is approaching its 14th year of production. Now, I am a great lover of Triumphs with two in the shed, I also strongly admire the way in which John Blore purchased the name and rebuilt Britain’s motorcycle industry through sheer determination and the application of modern design and manufacturing methods, yet one can only start to wonder whether that company has run out of ideas or has somehow lost its sense of direction with this apparent paucity of fresh models. One certainly hopes not, but the onus is now upon them to prove otherwise while the Germans, once again, just get on with it.

Despite all that may be found in Germany’s favour one has to be careful in not getting too carried away for the question arises as to whether it is healthy for the EU, which in theory is a partnership of equals, to have such a powerful member sitting at its heart. Whatever we are told by various governments it cannot be doubted that their influence is omnipresent within the group and this is the dark side of that pragmatic approach to seizing opportunities while they exist.  Secondly, and at the other end of the social scale, the recycling site had several fellows doing somewhat menial jobs which seemed to add little to the value of freshly extracted materials. Their presence may be a timely  reminder that Germany has only got round to introducing a national minimum wage which will supersede the present shambolic mix of local agreements in the new year.  One wonders what effect this may have on their much admired efficiency and whether the lot of the lowest paid will improve.