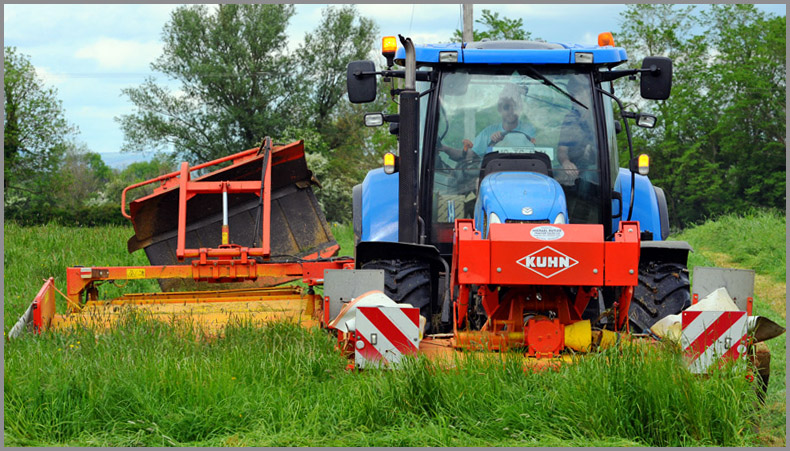 There has been something of a running battle between rural and urban populations ever since industrialisation started to stamp its soot laden foot upon the countryside and even before then the peasant was often an object of derision by the city folk so it comes as no surprise that the fight over over  the countryside has taken a new twist in the demands by environmentalists for farmers to mend their wicked ways, yet again!

The bone of contention this time is that too much carbon is being released from the soil, or that not enough is being incorporated back into it which of course means that farmers must immediately be harangued and scolded until they see the error of theirs and start doing as they are told by bloggers up and down the internet. But is this fair? Do those who are rightfully concerned by the deterioration of this planets environment really have any idea of what they are calling for and whether it is possible at all? I doubt that many of them do, it’s more a case of the farmer being the most visible sinner in all of this so lets go kick him first and little thought is given as to why agriculture has developed as it has over the last century and why we are where are, which is a shame for therein lies the key that just might help solve the carbon problem and I believe that there are four main questions that need to be considered before making extravagant demands of agriculture.

1. The first thing that environmentalists need to do is decide just who they mean by ‘farmers’. Are we talking about the subsistence farmer in sub Sahara Africa, the dairy farmer trying to live off what are presently very meagre margins in Ireland or the feedlot producer with his toxic lakes of waste in Texas? All three are completely different in situation and outlook and yet they are lumped together as ‘farmers’ and assumed to share a common disdain for this world and so require a universal dose of condemnation. That is hardly the most intelligent approach.

2. It would be wise to ask just how it is that we got to the present situation? The answer in the west is fairly simple, it has been large part of governments role to ensure that the population is fed and that is what they have done through various applications of carrot and stick, subsidy and legislation. The net result has been an intensification of farming and increase in yields through the appreciation of science.  There may have been shortages but these, by and large, have been manged to ensure that there have been no mass starvation events in the developed world for quite some time. The fact that these tragedies still happen elsewhere is something we need to work on as well.

3. Having reached the happy situation where the west is more or less self sufficient in food it seems that we are unhappy with how that has been achieved. So what exactly is it that we are unhappy with and what do we need to change? I am, I must point out, no great fan of pouring endless amounts of chemicals on the crops or drugs down the gullets of the stock, nor are a great many farmers for these things cost money and they are running a business after all.

4. Having decided what must be done the plan will need to be implemented. How is that to happen? Urging consumers to buy more expensive food by choice is not working, being horrible to farmers and agribusiness likewise, so its going to have to be a political move for it is politicians who are meant to issue the subsidies in a way that directs the course of farming and it must be pointed out that for all its faults the EU has made a reasonable start in this area.

At the end of the day the issue of carbon sequestration boils down to two unpalatable truths; the first is that it the fault of mankind that its needed at all and the second is that it is therefore up to mankind to pay for the clearing up! Farmers are only the middle men in all this, they didn’t dig the coal to power the industry or pump the oil to drive our cars, it was you and me and our parents and grandparents that caused that to happen so why expect farming to wave a magic wand and sort it all out?  As I have already mentioned they are just trying to run a business so if we want them to adopt practices that  return more carbon to the soil then we are going to have to somehow make it worth their while to do so, just like we made it worth their while to feed us well. It’s not impossible, but it’s not quick either.