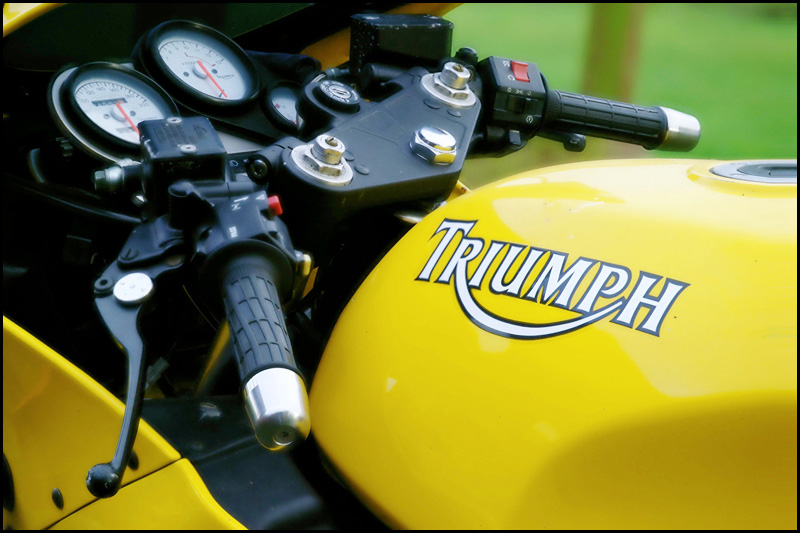 Spring is here and a man’s thoughts will turn to higher things,  up to and including motorcycles even, and so it is that I now find myself in a state of befuddlement over what it is I want from a bike. Two things have brought on this unreal state of indecision and perplexity. The first is an intense but informative exchange with a rather cultured fellow biker on Linkedin and the other was spending a day attending to the various bikes hibernating in the shed.

The subject of the Linkedin posts was the book Zen, and the Art of Motorcycle Maintenance. Quite a mouthful for a best seller and quite a headful for those who persevere in working towards what they hope to be a new dawn of understanding at the end of the book. Whether enlightenment is eventually reached or not probably depends upon ones attention span or familiarity with other, more classic, schools of philosophy. But what is not deniable is that there is a darn good yarn underneath the hubris, and it is well told with plenty of little verbal hints and tics that so successfully portray a scene or atmosphere. The story revolves around a motorcycle trip during which the author, Robert Pirsig, attempts to reestablish a relationship with his young son, Chris. So far so good, but there is also a deeper movement involved, a search for some meaning to life, which is standard fare in most modern novels, Pirsig finds it in the spirit of the bike (a 305cc Honda CB77), the ‘Zen’ of the title and expands it to create his own personal philosophical construct, which is not quite so common, and some may be thankful for that.

This obviously raises the question of whether inanimate objects can actually have a spirit, a soul that is not physically part of the machine but is yet its essence, and the answer to that question lies, I believe, not in the machine itself but the way it reflects our aspirations and psyche. I was moved to this conclusion by the riding of the three bikes at the weekend. The first was 125 Suzuki, belonging to our daughter who had learn’t to ride on it and had been the only one of her age in town to contemplate two wheels instead of a bland hatchback. This is a bike that, like Pirsigs’s Honda, is easy to to understand and tinker with. A single cylinder, a basic carburetor, five gears and brakes that are simplicity itself to maintain ensure that it is comfortable to contemplate working on. The second was my Triumph Daytona 900 from the first year of the new company’s production. This design is more than 30 years old yet the build quality and solidness of the machine is really quite superb compared with the third bike, a Sprint 955. This represents the second generation of the Hinckley machines with a twin spar frame rather than steel spine of the Daytona. It has never struck me as having the finish or finesse of the Daytona but rather relies on appearance more than substance when it comes to build quality. Don’t get me wrong, it is a fine bike and no worse than others in its category, but build cost was obviously more now important to Triumph than when they had had a certain reputation to live down.

Three very different bikes, the little Suzuki is great fun to potter about on and evoked memories of youth when I myself started on something even smaller, there is no fuss or thrill of quite illegal speeds, just the joy of being elevated above the pedestrian. I loved it! The Daytona is a bit of a handful and one certainly needs to be a rider rather than a passenger. It’s a bike that you have to take charge off and bend to your will, not that it has any vices, but if you don’t show it who’s boss then you are going to frighten yourself. I love riding it! The Sprint is a different machine again, although only  a few years younger than the 900 it comes with a certain detachment from the raw thrill of riding. It’s easy to handle, has ample power, corners and handles even in the wet and doesn’t demand too much of you in judgement or racing skills, yet after the other two I wasn’t too sure whether my affections were kindled or not. This disturbed me just a little, I pondered on the need for the three and debated as to which I would sell first should such a situation arise; the crazy little getabout, the snorty sportster or the well mannered lady?

Still troubled by it all I swung my leg over the frisky dowager for a quick trip to the shops during which I had the need to avoid an errant van heading my way, a tug on the brakes reduced my pace considerably  and a crunch was avoided.  All was done swiftly, effortlessly and with a composure and assurance that would never have been experienced on the other two. That was the moment my passion was reignited, I loved the bike at last!  It was then I realised my own truth, it’s not the bike that has the soul, it’s the rider, and any spirit found within the machine is no more than an extension of your own. That is my zen,

Bike shows are not the best places to photograph bikes but here’s the BMW R1200RS anyway.

The Dublin bike show comes round every two years and a lot can change in that period so it was off to the RDS to get get a handle on what was going in the biking world.

The market for new bikes is not vast in Ireland so huge stands and packed isles stretching into the horizon are not expected and were certainly not present, but there was still plenty to see and quite a few new models to drool over. Overall the impression was that bikes are getting physically bigger simply for the sake of doing so. Outside of the cruiser market (where size really does matter) both engine capacities and bulk have been expanding in line with the the desire, and financial need, for manufacturers to charge more per unit rather than rely on volume sales. I really can’t see any other explanation for the modest Suzuki SV650 being dressed up like a Spanish Galleon under full sale with top boxes and panniers large enough to make shifting iron ore in bulk a viable proposition. BMW, with their highly successful GS range, have been leading this particular charge for a while now and it seems that nobody else can resist following the trail, Triumph with their Explorer, Yamaha with their Super Tenere, Ducati’s Multistrada,  KTM’s Adventure range and so on. Many of these machines are pushing the €20k barrier when fully kitted out which is hardly modest, but if it helps keep the biking scene alive then there should be no low muttering from the hoi polloi.

Yet it wasn’t all about penis envy for there were other models less inclined to boast of their middle age spread and remain small enough to still be considered a proper motorcycle. Even BMW appreciate that touring is not always an exercise in heavy haulage and so offer their much more amenable R1200RS, a 125hp machine that, on paper at least, seems to have everything required of a sporty all rounder without being over focused on any one area of performance. The new Yamaha Tracer suggests that Yamaha are also aware of over egging the big tourer pudding. The bike is compact, yet appeared a surprisingly roomy and comfortable place to be, it could be just the ticket for trips along the smaller roads which offer up so much more  to those showing an interest in the traveling rather than merely blasting across continents on motorways. Despite all the boxes it was ticking there are reports of it having an economy figure of only around 45mpg, we get that from our cars nowadays and they are carrying a darn site more weight. Come on lads, you can do better than that surely!

One company that has taken this message on board is Honda with their twin cylinder NC series. There are rumours of 80mpg with a standard  hatchback like performance, adequate but not electrifying, which might be all that is wanted anyway. It would be nice to look at their site and find out more but since they are playing a marketing game of having to hand over your email address to yet another unanswerable database we’ll pass them out. At least Yamaha give you the basic facts on the Tracer up front with no messing about.

So what was on offer for the novice, or returnee looking for something that’s not too scarey? It would have been true to say not a lot up until a year or so ago. The Japanese had their rather plain but quite competent multipurpose 500’s or you could go retro with the Triumph Bonniville or even a Royal Enfield, a bike built in India, for India and may be better off staying in India. 24hp is, realistically, not enough over here unless gentle trundles along forgotten byways is the attraction, and there is no harm in that, but you have to get to them first. Triumph are still churning out the Bonniville, which I mentioned in a previous blog, and as good a little bike as this is there must be a limit to its appeal. Having had a good share of the ‘small but perfectly formed’ bike niche to itself there is now the Ducati scrambler knocking on the door, a machine far more up to date, possessing  a handy power margin over the Bonnie and good dose of heritage to go with it. Presently it looks raw and undeveloped, but as Ducati start pushing out variants of the theme then it could well start taking sales off the old slogger from Hinckley, or, more correctly, Chonburi in Thailand, which lies just 60 miles to the north of Italian company’s own facility over there.

So that was the bikes, well, all that immediately caught the eye anyway. The other great happening (for me anyway) was that I manged to rip my trousers while crouching for a photo, so it was rather a good excuse to get a proper pair of bikers jeans as I have been promising myself for a while. I ended up on the Salt Flats Clothing stand who very helpfully sorted me out with a pair of Resurgence jeans that are not only meant to be protective but also somewhat more waterproof than standard denim. I’ve not had the chance to ride with them yet so can pass no comment other than they were comfortable enough for the day at the show. I wasn’t  sure what happens when it comes to washing  them though for I couldn’t see any instructions included, and the greasy biker look can be so easily overdone. However, an email containing  that very question was answered in a impressively prompt and friendly manner so the customer service would appear to be spot on, and that’s always a plus in my book.