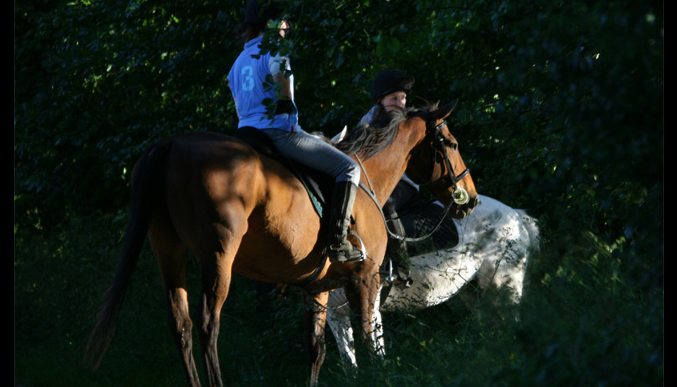 This is Fidelle, a horse we kept for a while, I don’t say owned for although we paid money to bring her into our lives and took money when she left she was never really ours, we had borrowed her from time, just as we do our children.

Our first sight of her was in a darkened barn, the girls loved her then and never stopped doing so. She was bought out by the keeper and performed the jumps and tricks by which horsey people judge their mounts so well that even he was taken aback. There was no question to be asked let alone answered, she was to come home with us, the deal was done and a more than fair price extracted by the vendor.

We didn’t know it at the time but she was in foal and like all expectant mares she stopped doing anything but eat and sleep two months before the day. We called the vet, we were worried that she was sick, she would not jump and would only grudgingly be ridden at all. He gave us the happy news, it was a new and different chapter in our lives that can await another day for the telling for it was, upon reflection, a life enriching experience.

After the foal had come and gone the girls rode her everywhere and in her company they acquired a confidence and responsibility that few other devices could teach them. She was a fixture in their adolescence that will always be part of their lives as she knowledgeably  kept them from the greater dangers although they did not escape a tumble or two.

A few very short years later circumstances had changed and the time came to part with Fidelle. We placed an advert on the web as is the usual way and a small procession of potential keepers came to view her. She rejected them all. Some she bucked, others she ignored and one poor girl was near chased out of the stable with wild eyes and bared teeth. We couldn’t understand it, she had never behaved in this way before, docility being her major virtue.

As we wondered about her moods and despaired of ever finding her a new home a fellow turned up  with a jeep and trailer. At the gate he stopped, he need not have gone any further for Fidelle walked calmly down the drive to meet him and laid her head upon his shoulder. No question need to be asked or answered, she was to return with him and a deal was done with a more than fair price extracted by the buyer.

I’m not a horsey person, preferring them under the bonnet than between my legs, but I missed Fidelle and moped about for days afterwards. Her new keeper rang to say how good she was so we knew she was happy which comforted us, but I like to think she missed us as much as she was missed here. Humans are humans and horses are horses and the bond between the two is often remarked upon but until you see it so closely it is hard to fathom how deep the connection may run. Life is weird like that and  we need to treasure these bonds to remind us that we are not mere machines or consumers, but flesh and blood with a soul, as indeed are horses.