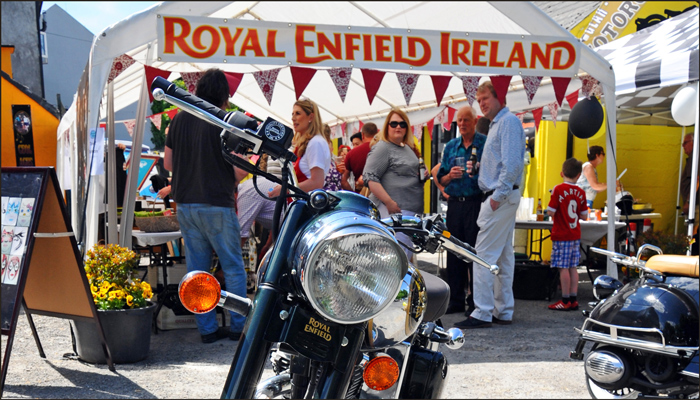 The smallest bike shop in Ireland?

We hear a lot of talk about customer service, putting the custom first, the customer is king etc etc, but we experience the warmth of such platitudes less and less.  It seems there are two basic factors that influence the degree of customer service that we receive from companies and they are their size and how closely allied they are to IT. When did anyone not associated with Microsoft  last heap praise upon Windows 10 or Outlook, their abysmal email client? Indeed, so awful are these bits of software that they have taken to imposing them upon you rather than giving you a choice, not that Bill Gates gives a hoot, he’s made his money,  and then there are the many stories we hear of United Airlines and their attitude towards paying passengers! (http://www.bloomberg.com/features/2016-united-airlines-struggles/ before I get sued)

These are just two examples of smarmy PR hiding a nest of vipers but thankfully there still are genuine businesses often run by genuine people who are genuinely anxious to provide you with a product and service that will you both bring you a warm glow and back for more.  Over the last week or so I have had the pleasure of dealing with several such companies in getting my Triumph Daytona fit for the weekend.

Like many bikers I like to fettle a little, keep on top of the minor jobs that build a relationship with a bike  which I know is nothing more than soft headed anthropomorphism at its worst but there is a lot of it about.  This week a niggle over the fuel consumption had me checking the brakes and lo and behold the rear pads were not releasing properly so it was time to whip them off for a good clean down as there was no appreciable corrosion. All well and good until a locating pin seized which, to cut a long story short, led me to needing a whole new caliper.  My first call for parts is always to Sprint Manufacturing over in Wiltshire, alas he didn’t have what I wanted (a first I think) but he suggested that the competition might have something which indeed they did. Full marks then to Trevor and he knows I’ll be back next time despite him passing on some business to his rivals. Full marks also to Total Triumph of Taunton who had a stock of calipers which the factory had decided were surplus to requirements and were now available at a very reasonable price. Just two days later I had fitted them to the bike which is when I noticed the rear tyre had developed a split.

The Daytona runs slightly larger wheels than most modern bikes and not everybody has the right sized tyres in stock so another long story ensured, the details of which we need not go into here, however, the upshot was that I found myself nipping down to Lee Honda in Cork who fitted the appropriate item first thing on Saturday morning. Now Lee Honda is probably the biggest Irish motorcycle dealership outside of Dublin but the lads there were as friendly and helpful as any I’d come across in the biking world and within half an hour I was on my way again, sadly leaving behind in the showroom a used but mint Sprint 1050 which I’d rather fallen in love with, but hey, we can’t have everything in life. Kudos then to Jason and Mattie for sorting the tyre so quickly and getting me back on the road for a visit to the new Royal Enfield dealership in Adare who were holding an official opening that afternoon.

The two agents could not be more different in size and scope. Honda is perhaps the worlds leading motorcycle manufacturer while Royal Enfield is still very much a niche product, certainly here in Ireland anyway. Yet Chris and Elaine who own and run the shop are as keen and friendly as any other in the business and had put together small street party to celebrate their new venture. They were offering free beer (0.0% proof I hasten to point out) and snacks to passing bikers as well as all their friends and customers from their present business of classic car hire and tours. The weather certainly helped the day as the sun stayed throughout the afternoon and there was no mistaking the convivial atmosphere and goodwill, present in abundance, which was neither forced or unnatural. Their was also something different about the event that took a little time to appreciate which was that for a biker do it was really quite female friendly. There was no macho posturing or lads decked out in racing leathers and a thousand yard stare, instead we had the bikes, bikers of many sorts and appearances but all of genial disposition, face painting (a crude term that hardly does justice to the body art performed), Tee shirt printing, a much admired bird of prey in the form of a magnificent owl (not sure of the species) and two ladies by the name of Lynda and Ester serving up delicious chocolate covered strawberries that were as refreshing as any beer or Ice cream you might mention. Sure, it wasn’t a big PR coordinated launch of a shiny new product with some dizzy PR person’s take on the motorcycling world, thank God, and it was all the better for its home grown charm. Chris and Elaine probably did more good for the biking world in that one afternoon than all the media and marketing agencies have done for the activity so far this year.

But the biking business scene is not all roses, there are dark stories of foreign muscle dictating how Irish bikes shows should be run and other dealerships are subject to the brainless whims of marketing departments who prescribe precisely how the sheep that enter the showroom should have their wallets thinned.  What we have now is in danger of becoming a formless soup of the unattractive American way of selling where salesmen (whatever their fanciful title) are taught to first find out how much you are worth to establish a ‘price point’. Nothing angers me more when I come across that sort of technique so let us support those companies that resist such shenanigans and look after those who serve the customer from the heart rather than the calculator!

Available for for writing and photography commissions.

Visit my homepage at – www.inkplusimages.com