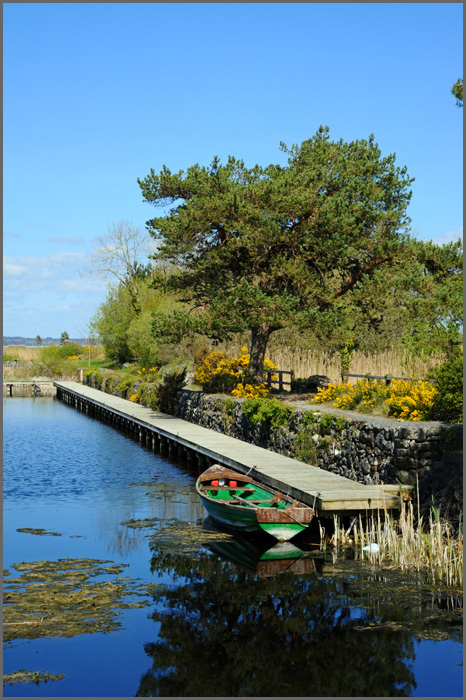 While we argue about reality nature just gets on with it at Lough Derg.

I recently found myself in a spot of bother with a lady in America recently via the good offices of Linkedin. Now Linkedin is a strange creature that would pretend to be a little above the dreaded Facebook but is probably just as devious in data mining and the surveillance of its members which is one good reason why I can’t take it too seriously and avoid putting too much of myself on there. However, on this occasion I was tempted to disrupt the suffocating smog of niceness that usually wreaths the discussions by objecting to the pretence that a photographic exhibition entitled ‘Vagina’ was not about sex. Oh no, not at all, apparently.

I’m not going to go over the finer points of the argument but I am still of the view that should the photographer concerned have wished the visitor to not prejudge the viewing and entered into the room with an open mind to explore the psychological relationship that women have with their reproductive organs then a less inflammatory title should have been chosen and there was no need for a sex therapist or a ‘sex nerd’ to be present as claimed on the website. But anyway, the disagreement highlighted the very different views each of us have on what is  true or real in life. We have all come across person  A. insisting that person B. ‘get real’ or ‘get a dose of reality’, but just who’s reality and is there a common reality that we all share?

In the situation described above my sense of reality informed me that the exhibition was relying to a certain extent upon the appeal of sex to sell itself. The photographer insisted that it didn’t, which is fair enough, but unfortunately there is no one great absolute truth by which the argument can be judged for it all depends upon the protagonists  past experience and previous consideration of similar occurrences.

This train of thought has led me to think a little more deeply about the effect of modern media for it seems that if we choose a reality that we like then then we can more easily assimilate evidence to support our contentions. That is to say we are now more able to build our own little worlds in which to exist in a manner we were never generally able to do before. I guess this has already been espoused by others over the centuries and books were once condemned for offering an escape from the present but today the barriers between the imagined world and the ‘real’ world are so much more vague, we call it virtual reality and generally applaud its advance.

At first glance this may not appear to be important but it certainly can be. Take money for instance, does it actually exist? Sure, we have its physical expression through the presence of notes and coins but economists would argue that money only comes into existence through the creation of a debt and a tenner is an aberration in the mathematical concept of fixing a value upon things. So where does that leave us? It certainly suggests that a person with more money has a greater ability to satisfy a debt, money is power, but why should some individuals end up with greater power of this sort than others? It’s a puzzle that has been nagging at me for some time now.

Perhaps its an age thing. As the years pass the old certainties start to crumble, the fabric of  beliefs once never questioned now appear frail and vulnerable, nothing can be taken for granted anymore and so we turn to what we know is immutable, what is immovable and steadfast and that is nature, the physical world, the enduring knowledge that the sun will rise tomorrow and that the seasons will follow their course. That is what is real and this answer was reinforced recently when I found myself once more by one of Ireland’s loughs, Lough Derg in this case, and in the spring sunshine, flowering gorse with the birdsong and scents of life awakening I found myself once more anchored firmly in a reality that we all can share.

Perhaps my antagonist should find somewhere similar and take a moment out to relax, for with the contentment that may envelope her may also come the realisation that it really doesn’t matter a hoot to her, or me, or anyone else if we differ in our perception of the reality of her exhibition, life is just too darn short.