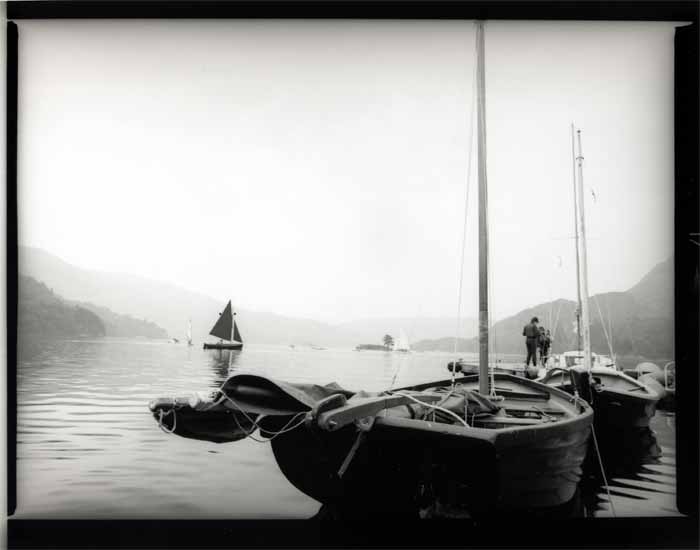 A manic decade of development has seen the digital camera evolve from little more than a novelty to an instrument that is capable of producing images that would either have been ultra expensive or merely impossible back at the turn of the century.  There is no going back, the new way is king and rightly so for many good reasons, convenience was always the major selling point but no longer, for quality is now also superior in just about every case, or is it?

I was prompted to this question by a good friend who is as passionate about the craft of photography as he is knowledgeable and accomplished.  He recommended to me a documentary on George Tice (IMBD, George Tice) who is the sort of photographer that most pro’s just love to hate under normal circumstances, but now that he is justifiably famous they can somehow bring themselves to overlook his humble beginnings in, whisper it quietly,  a camera club of all places.

Tice is indeed a great photographer and in the true sense of the word. His craft is his life and his mission is to seek perfection but at no time during the programme will you hear any mention of digital or see him with anything other than a 10×8 large format camera or the Kodak Pony he kicked off with back in the Fifties. George’s world is that of the artist working in black and white, a world where the medium of film is pushed, prodded, manipulated and exploited to produce images of breathtaking impact without any ‘pop’ or drama, just a simple beauty that relies on the presentation of the subject more than the subject itself.

We all love black and white photography, although I have yet to see why this is so explained satisfactorily,  but what George demonstrates is that there is a level of skill that can grace any subject with an importance and immediacy that goes far beyond the simple pushing of the desaturate button in Photoshop.  This ability certainly relies on instinct but there is also a terrific amount of technical awareness of the materials he works with and this constant desire to produce the best that is possible is evident in the the results he places before us. Photography to him is a process running from careful choice of scene to the selection and control of the darkroom techniques that will best yield the picture he craves to create. Compare and contrast with today’s business of firing off a thousand shots in the hope that one or two may turn out right but that is what digital has done to the noble art and I used to joke that once I too went digital then I would never take a reasonable photo again, thankfully that does not apply to my colour images but certainly I have given up the pursuit of excellence in black and white that was, I like to feel, just starting to show some promise before the analogue was brushed aside by electronics.  The above is one such image, it represents the point to which I had got before the Bronicas were placed quietly on the shelf to be used again at some unspecified date in the future when I would once again take up the drive for perfection in black and white   That day is still to come for it will take time to once more adopt the necessary mindset, so all the more reason to salute those who stuck with the values of tradition and excellence, such as George Tice.