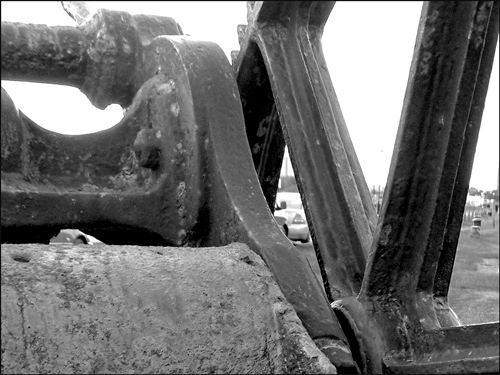 A few months ago I was somewhat disappointed to see a contributor on a political forum decry the study of history, and with quite some vehemence too. I’ve no idea who the fellow is nor what his background may be yet it struck me as a great tragedy that somebody of reasonable intelligence should be quite so ignorant of  how the subject can enlighten the present for those who care to peruse the past.

This was brought home to me the other day when reading a paper on the subject of wage levels during the industrial revolution. Could a topic be any more dry and devitalised? On the face of it, hardly,  but dig a little deeper and some quite thought provoking points emerge. Over the last couple of years the argument has emerged that factories bloomed in Britain due to the relatively high wages being paid to the workers who could in turn afford the goods being produced. The paper solidly debunked this theory pointing to the errors in calculating the ‘average’ wage in Britain in the 19th century upon which the new belief is based. It also went on to suggest that much of the new machinery being developed in the late 18th century was not being deployed to make manufacture more efficient per se,  but to make it more profitable by enabling the use of unskilled labour, that is to say women and children rather than trained craftsmen. The classic example is given of Richard Arkwright who built his first factory at Cromford to take advantage of several factors including cheap labour in the form of the families of lead miners. The mill worked two overlapping thirteen hour shifts with the workforce locked inside for the duration while the minimum age was just seven, later raised to ten  But it was not all bad for each employee was allowed a week’s holiday per year, just so long as they didn’t leave the parish, and the children were eventually given instruction in reading and writing so that they could maintain the factory records, unlike their illiterate parents. So that’s alright then!

Thank goodness all this is in the past we might say while we breath a sigh of relief, and how lucky we are to live in an age where none of this happens anymore, except of course that it does although living conditions may not appear quite so dire. Living here in Ireland I am not starved of stories of the exploitation of workers during the recession with longer hours at lower pay and an indifference to the well being of employers that any mill owner of 200 yeas ago would recognise as quite satisfactory. Neither can we ignore the similarity of technology dividing the work force into the skilled tool makers (today’s computer programmers) and unskilled labourers working them (the rest of us who are required to use IT).  Neither can it be denied that the present calls for the scrapping of the minimum wage echo the desire for mill owners to reward their staff as little as possible in a race to the bottom of the pay league, as if achiving that target is a position of honour. It is quite clear that no consideration was then given to the well being of the workers with wages often not being enough to buy sufficient food to live on and yet we hear the same complaints of the masses being overpaid in modern times with no consideration as to the cost of survival today, let alone enjoying some sort of life.

One can’t but help feel that It’s not so much that history has nothing to teach us as that there are those who don’t want to hear the lessons.